It all started with our Introduction To Screen Acting Course

We're so proud of all our students who have passed through our school, some starting acting for the very first time, others coming back after a break or some who regularly act and keep training with us!

Today we're going to introduce you to some our students who have taken a leap of faith into this hardcore industry and are moving forward in their acting career... and it all started with our Introduction to Screen Acting Course!

Tariq E Q Amawi recently booked a role on a Netflix show! Here's what he has to say-

A*, ONE OF THE BEST THINGS I'VE DONE. Truly.I wish it was 4 times longer. I enjoyed every minute and was captivated through each class which were an expert blend of theory and practice. And while filming a professional showreel at the end is a wonderous climax to the whole experience and something that sets the Marbella Filmschool apart from its contemporaries, it's a bitter sweet end as I am already craving more, and more. I watched many of the actors on the course get visibly and noticeably better under Mahesh's guidance in a matter of days. Everyone's acting junped by orders of magnitude and to have that skill captured in a showreel at the end is the best way I know of to can land you future roles as you will undoubtedly produce some of your best work here. Do it. Whether you act, or not, it's a fabulous experience and an enjoyable exploration of your own personality and its full spectrum of moral capacity and layers.Already looking forward to the next one.

Nicole Moerland, Nicole is not just the founder, owner and teacher at Marbella Film School but she's also a working actress! She was in her first movie at just 14 years old! Nicole's been in many tv shows and feature films! She's also just booked a lead role in a feature film and a character show!

Lamia Dani, a previous student who has gone on and booked several projects!! Absolutely amazing progress, we're so proud of you!

Here's what she said about the school- " I joined Marbella Film School in March and continue to learn so much from Nicole, the schools Director and Acting Coach. I just completed a Villain Course at the school with Mahesh (Netflix actor) and got the chance to shoot a showreel under his Direction. An amazing experience and grateful for this opportunity. Looking forward to continue my training this new term."

Tiana Smith, has been short listed for her first audition!

Tiana also interned at the International film festival, and has completed acting courses from Marbella to London. Here's what she had to say about her experience- "I started at Marbella Film School a little under 2 years ago, having never acted before, Nicole has taught me so much and not just acting and film, about myself too. I'm really excited to see what's ahead!"

Andy Campo, auditioned for projects and booked a music video! Now at university in Miami and continuing to grow her career!

Here's what she had to say- I would like to say thank you so much for everything. You have opened many new doors for me and have been an amazing acting coach. I am also extremely grateful for the internship as I learned a lot. I wish I got to say thank you properly in person but time was slipping through my fingers. I will definitely miss the film school so so much, all your acting courses are all so professional and I am scared I won’t find the same quality elsewhere! I know it sounds silly as Miami is huge, but I guess i’ve just become attached to Marbella Film School."

Nea Willstrom, has been in projects before but has recently booked a TV show in Finland! We're so proud of you! Check out Nea's credits, the future is bright girl!

Olivia also manages the Marbella International Film Festival, interviewing celebrities and hosting for all the films. And she's always put on an amazing show!

The Introduction to Screen Acting course is the foundation layer of what it's like to be a working actor. Here at Marbella Film School we teach the Stella Adler technique, including backstories, emotions, character development and much more, we encourage our actors to bring out the character from imagination instead of through their own emotion.

We also teach audition technique within this course, which enables students to know how to deal in an audition, how to stand and act in front of the camera and in an audition situation.

In class, actors will work on lots of different scripts until finding one the gel with and are comfortable to pursue and later on once ready, in months down the line perform it as a showreel to have on actors video book.

Most of out students all start with 0 acting experience and develop something great of themselves!

Amongst many other students/actors, all of these students started in our Introduction to Screen Acting Class!!

Starting the 9th of March, running every week continuously for 4 weeks from 7:30pm to 9pm.

We're here to get your acting dreams off the ground and excited to help you pursue your passion!

It all started with our Introduction To Screen Acting Course

HOW ACTING CAN HELP ANXIETY AND SOCIAL ANXIETY 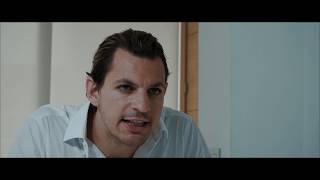 FROM SLATE, SCENE TO SHOWREEL: THE MARBELLA FILM SCHOOL EXPERIENCE

MISSED TRAINING AT THE STUDIO? IN-PERSON CLASSES ARE BACK!